The Beastmaster and Mad Max reviewed in 4K, plus our review of Kino’s Mad Max Blu-ray has been updated with new image info 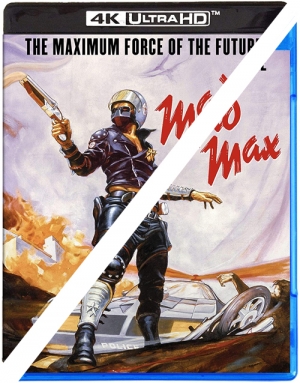 The news in the home video industry is pretty slow this week, as we’d expect given the recent holiday and the still unfolding (and industry-slowing) pandemic.

But we do have a couple new 4K Ultra HD reviews for you all to enjoy this afternoon.

First, Tim has taken a look at Don Coscarelli’s The Beastmaster (1982), as newly-remastered in 4K by our friends over at Vinegar Syndrome. The limited release appears now to be back in stock at the Vinegar Syndrome website, and we expect it to eventually be released in more traditional Amaray packaging on Amazon at some point in the coming months. [Read on here...]

All right, there was no post yesterday because we’ve spent the entire weekend focused on getting more new disc reviews done for you. And on that note...

Tim and I have posted our in-depth look at George A. Romero’s Dawn of the Dead, as newly released in a fabulous 4K Ultra HD Limited Edition by Second Sight Films in the UK. It’s hands down one of the best home video releases of the year on any format. You can find that here.

Also, I’ve now posted my thoughts on Paramount’s Beverly Hills Cop and Coming to America, both starring Eddie Murphy and both coming to 4K Ultra HD on 12/1.

FUNimation sets Akira for 4K on 12/22, plus Going Mad: The Battle of Fury Road on YouTube 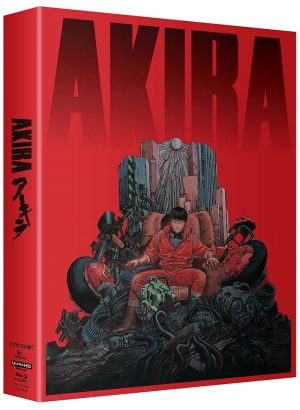 We’ll be back later today, but we just wanted to check in early this morning with a quick bit of announcement news that broke over the weekend...

FUNimation has set finally Katsuhiro Otomo’s landmark anime Akira (1988) for release on 4K Ultra HD on 12/22. We’ve known the title was coming for a while now (it returns to theaters here in the U.S. for a limited run on 9/24), but we finally have the official confirmation of the remastered disc release.

The title is now available for pre-order on Amazon.com via this link and you can see the cover artwork at left and also below.

Apparently, it’s already been released on 4K disc in Japan and there’s a bit of concern that too much DNR may have been used by the Japanese animation studio to clean the image (the title is distributed there by Bandai Namco).

But we’ll have to see what it looks like when it finally arrives on disc here in the States. [Read on here...]

All right, we’ve got some news to report today. Disc release announcements and more...

Today’s post is a quick one as I’m working hard to finish this review of Studio Canal UK’s version of Flash Gordon (1980) on 4K Ultra HD.

The set is spectacular. More on that soon.

Don’t forget, we posted our review of Arrow Video’s version of Flash Gordon (1980) in 4K Ultra HD on Friday.

Note that we also hope to have a review of Arrow’s new Pitch Black 4K Ultra HD sometime later this week as well, so be sure to watch for that.

In the meantime, we have more great 4K news for you today...

Our friends at Kino Lorber Studio Classics have just revealed that they’re going to be releasing Michel Gondry’s Eternal Sunshine of the Spotless Mind (2004) on 4K Ultra HD sometime in 2021, licensed from Focus Features—a great sign that more deep catalog Focus titles may be coming to the format as well. [Read on here...] 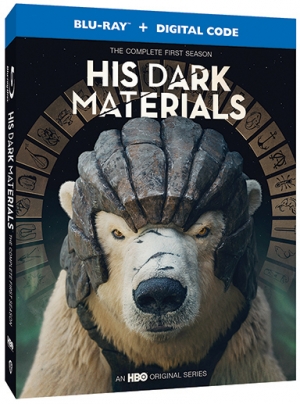 Afternoon, folks! And welcome to Friday. Is anyone else out there as ready for the weekend as we are?

This has been a busy week of just “three steps forward two steps backward” behind-the-scenes work here at The Bits. We got a lot done, but very little of it is visible to any of you. But that’s how it goes sometimes.

We’re all working on more reviews here at the site today (and we will be through the weekend—including War of the Worlds 4K and Days of Thunder 4K), but we do have some interesting release news to report today.

First up, Warner Bros. Home Entertainment and HBO have just set His Dark Materials: The Complete First Season for release on Blu-ray and DVD on 8/4 (SRP $29.98 each). [Read on here...]

The big release news today is that Disney has officially set Marvel’s Captain America: Civil War for Blu-ray 3D Combo, Blu-ray Combo, and DVD release on 9/13, with the Digital HD, Digital 3D, and Disney Movies Anywhere release due in 9/2. Extras will include audio commentary with directors Anthony and Joe Russo and screenwriters Christopher Markus and Stephen McFeely, deleted and extended scenes, a gag reel, the 2-part United We Stand, Divided We Fall – The Making of Captain America: Civil War documentary, and 2 featurettes (Captain America: The Road to Civil War and Iron Man: The Road to Civil War). There will also be the Open Your Mind: Marvel’s Doctor Strange exclusive sneak peek featurette. Note that Best Buy will have a retail-exclusive version of the Blu-ray 3D Combo in Steelbook packaging. [Read on here…]

We’ve just posted an in-depth review of Scream Factory’s new Mad Max: Collector’s Edition, set to be released on Blu-ray on 5/5. Our own Tim Salmons’ has given the new edition a good going over for you all. The A/V quality is marginally different than the previous MGM Blu-ray (not really better or worse overall – just different), but the new extras are pretty terrific. It’s well worth a look, especially if you haven’t purchased the film on Blu-ray before. Those of you with the existing MGM BD release might have a tougher decision to make, but at $14 it’s not like buying the new edition and keeping both is going to break the bank. Anyway, enjoy the review!

RT @BillHuntBits: Heads-up @thedigitalbits readers: In 2016 we featured a great book on the making of Kubrick’s 2001 – Adam K. Johnson’s 20…

Heads up Bits Readers: It looks like @WonderWomanFilm is coming to #Bluray and #4K #UltraHD around 3/23. It's starting to show up in retailer systems.