Welcome to the first Classic Coming Attractions column of 2011.

This time out I have 8 reviews for you, including Jimmy the Gent, That Certain Woman, A Stolen Life (from the Warner Archive); Claudette Colbert & Fred MacMurray: The Romantic Comedy Collection (from TCM/Universal); The Andy Griffith Show: 50th Anniversary - The Best of Mayberry and Bonanza: The Official Second Season, Volume 1 (from Paramount); Meet John Doe: 70th Anniversary Ultimate Collector's Edition and Tomorrow We Live/Inquest (from VCI). I also some brief remarks on a couple of early 1950s classics that have recently made their way to Blu-ray - Alice in Wonderland (from Disney) and Les vacances de M. Hulot (a Region B release from the British Film Institute).

This time out I have 19 reviews for you, including That Forsyte Woman, Brass Bancroft of the Secret Service, Two-Faced Woman, Cry Wolf (from the Warner Archive); The Prowler and Hell Harbor/Jungle Bride (from VCI); The Deputy: The Complete Series (from Timeless Media Group); America, America (from Warner Bros.); Dr. Quinn, Medicine Woman: Seasons One - Three (from A&E); Perry Mason: Season 5, Volume 2 (from Paramount); The Mounted Stranger (from Grapevine Video); John Wayne: Bigger Than Life (from Synergy Entertainment); All About Eve and An Affair to Remember (on Blu-ray from Fox); Bambi (on Blu-ray from Disney); and Kansas City Confidential and The Stranger (on Blu-ray from Virgil Films/Film Chest).

Welcome to the latest edition of Classic Coming Attractions. This time out, I have a total of 14 disc reviews for you as well as one short review of a book on Katharine Hepburn ("I Know Where I'm Going").

Welcome to the 100th Classic Coming Attractions column. This time out, I'm featuring a profile of Roy Rogers, 2011 being the 100th anniversary of his birth. A number of brief reviews of different companies' holdings of his films available on DVD are included (particularly 13 titles available from VCI and 20 titles from Alpha) as is a complete filmography. In keeping with this western theme, I also have reviews of a number of recent DVD and Blu-ray western releases: The Comancheros (BD from Fox); Wild West Collection: Rio Conchos/Take a Hard Ride (DVD from Shout! Factory); The Phantom Empire and The Gene Autry Show: The Complete First Season (both DVD from Timeless Media Group); Vera Cruz (BD from MGM); and Big Jake, Rio Lobo, and A Man Called Horse (all BD from Paramount).

I'm delighted to be able to bring you a new Classic Coming Attractions column! Most of you have been aware of my recent health difficulties as mentioned on The Bits and your messages of support have been a source of constant and very great inspiration, for which I can't thank you enough. I'm on the road to recovery and well enough to turn my hand to film things classic, so here's the very latest in new classic release news that I've been able to come up with. I have only three disc reviews this time (Twilight Time's Woman Obsessed, the Warner Archive's The Breaking Point, and an independently-produced disc of Meanwhile Back at the Ranch - all of which I'm able to recommend), but reviews will return in force in all future columns. 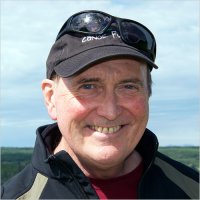 Barrie Maxwell began sharing his extensive knowledge of classic film on The Digital Bits in 2002, when his popular Classic Coming Attractions DVD review column first appeared on the site. In the decade that followed, his work on The Bits…