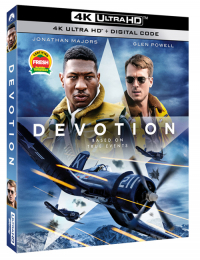 All right, we have three more new disc reviews for you all to enjoy today, as well as lots more new announcement news including major 4K catalog titles. So let’s get right to it. First those reviews...

Stephen has turned in his thoughts on Atsuko Ishizuka’s animated Goodbye, Don Glees! (2022, aka Gubbai, Don Gurîzu!), which is newly-available on Blu-ray from GKids and Shout! Factory.

More reviews are forthcoming this week, so be sure to keep your eyes peeled for them.

Now then, Paramount has just officially announced the Blu-ray, DVD, and 4K Ultra HD release of JD Dillard’s Devotion on 2/28. Extras will include two featurettes (The Aviation of a Forgotten War and The Legacy of Jesse Brown). You can see the cover artwork above left and also below. [Read on here...]

And while they’re not yet officially announced, Paramount has also just set Jon Amiel’s The Core (2003) for 4K Ultra HD release on 3/14—just as we first reported here on The Digital Bits back in early December (click here for that)—along with Wes Craven’s Red Eye (2005) in 4K Ultra HD on 3/21 as a new Paramount Presents title. We’ll post additional details on these as they come in, but here at least is a look at the packaging for Red Eye (click here or on the image to pre-order the title on Amazon.com)... 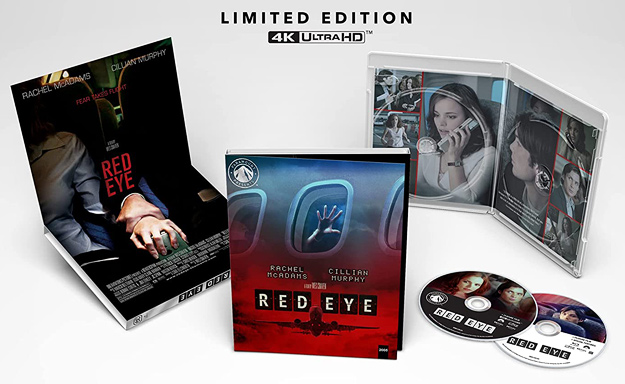 The final art for The Core is not yet available, but you can pre-order it now on Amazon here, and we’ll share the art on Twitter (here and here) when it drops.

Also today, Warner Bros. Discovery Home Entertainment has just officially set Antoine Fuqua’s Training Day (2001) for release on 4K Ultra HD on 2/28, again as we first posted here at The Bits back in October (click here). The Digital version will debut a few weeks earlier on 2/7. Extras will include all of the previous Blu-ray special features.

As expected, The Criterion Collection has just announced their April slate of titles today, which will officially include 4K Ultra HD upgrades of Terry Gilliam’s The Fisher King (Spine #764) on 4/11 and Ingmar Bergman’s The Seventh Seal (Spine #11) on 4/18, followed by Small Axe: Five Films by Steve McQueen (Spine #1177 – Blu-ray only – includes Mangrove, Lovers Rock, Red, White and Blue, Alex Wheatle, and Education) and Ruben Östlund’s Triangle of Sadness (Spine #1178 – 4K UHD, Blu-ray & DVD) on 4/25. You can see the cover artwork for all of these below.

It’s worth noting that Triangle of Sadness is one of the four films that Neon recently revealed are coming from Criterion, so watch for the other three—Brett Morgen’s Moonage Daydream (2022), Laura Poitras’ All the Beauty and the Bloodshed (2022), and Céline Sciamma’s Petite Maman (2021)—to be announced in the coming months.

While we’re talking 4K Ultra HD news, the BBC has just officially set Frozen Planet II for release on Blu-ray and 4K on 3/28. Again, the cover art is below.

And finally today, Lionsgate has just announced AMC’s The Walking Dead: The Complete Eleventh Season for Blu-ray, DVD, and Digital release on 3/14. This is the final season of the long-running series. Extras will include a pair of deleted scenes.

BTW, Lionsgate has also announced the DVD only release of Mike Judge’s Beavis and Butt-Head: Season One and Original Movie – Beavis and Butt-Head Do the Universe on 3/14. The 3-disc collection will include all 12 episodes from the latest series plus the film.

We’ll leave you with a look at the cover artwork for the four new Criterion titles, along with Devotion, Training Day, Walking Dead, Frozen Planet II, and Black Panther: Wakanda Forever (which is finally available for pre-order on Amazon). Click on the covers for the relevant pre-order links [Update: The Criterion Amazon pre-order links are all now live.]... 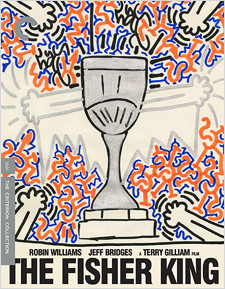 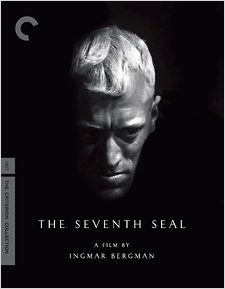 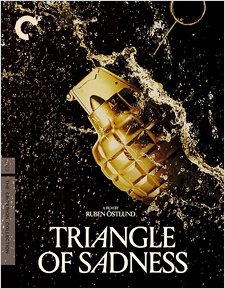 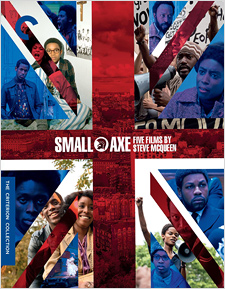 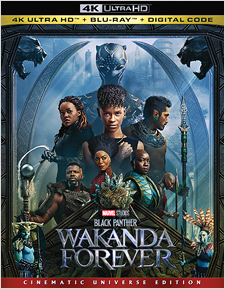 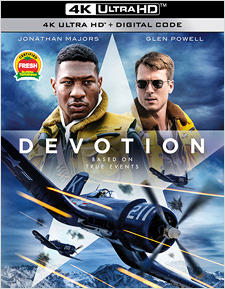 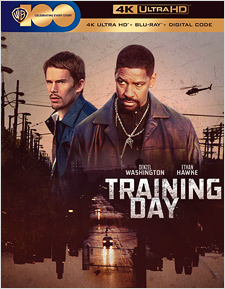 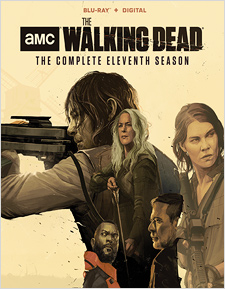 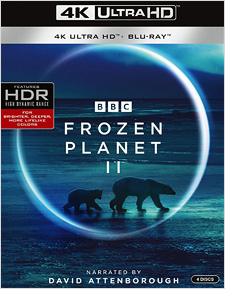