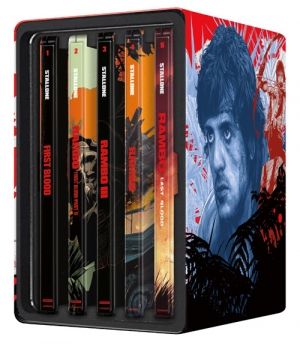 All right, today’s post is going to be a quick one and for a good reason: Today, my wife and I celebrate our 30th anniversary. But know that I have a number new of Blu-ray and 4K reviews cooking that I’ll start posting this week.

We also have a review from Dennis today of Guy Hamilton’s 1980 film adaptation of Agatha Christie’s The Mirror Crack’d on Blu-ray from Kino Lorber Studio Classics. As some of you may know, Guy Hamilton was also the director of the Bond film Goldfinger. You can find Dennis’ thoughts here.

Now then, we have a couple of good pieces of announcement news today...

Lionsgate has set Matthew Vaughn’s Kick-Ass for release on 4K Ultra HD in Steelbook on 11/3. This is the same disc released on the format earlier, just in the new packaging. Extras include 2 featurettes (A New Kind of Superhero: The Making of Kick-Ass and It’s On! The Comic Book Origin of Kick-Ass), audio commentary by director Matthew Vaughn, a Marketing Archive, and (on the Blu-ray only) The Art of Kick-Ass Gallery. Look for Dolby Vision HDR and Dolby Atmos audio on the UHD. SRP is just $24.99. [Read on here...] 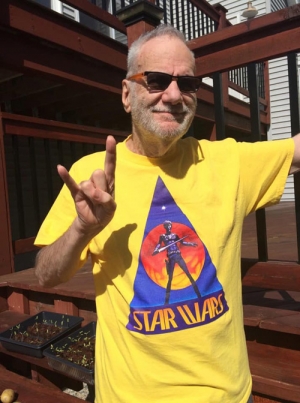 All right, we’re working on FOUR more 4K Ultra HD reviews for the next couple of days, at least of the first of which we hope to have posted later this afternoon.

In the meantime, we’ve just launched our second giveaway on The Digital Bits’ Facebook page, offering readers the chance to win one of Paramount’s three new Tom Cruise 4K Ultra HD titles – Top Gun, Days of Thunder, or War of the Worlds. All you have to do to enter is follow The Bits’ Facebook page and reply to this post (linked here) with your answer to the question you’ll find. Entries will be accepted until 11 AM Pacific tomorrow (Thursday, May 21). The contest is open to US residents only (due to COVID shipping restrictions—sorry!). THREE winners will be selected at random from the list of those who enter and will be announced tomorrow afternoon. Good luck!

Meanwhile today, we have a bit more announcement news... [Read on here...]

RT @BillHuntBits: This TONY GILROY interview is worth every minute of your time if you're enjoying #Andor so far. There are lots of interes…

RT @ArrowFilmsVideo: Festive thrills, J-horror chills and a haunting sci-fi classic. Say hello to December at Arrow! Which title are you m…