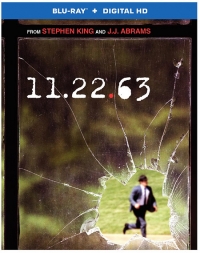 All right, we’ve got two more 4K Ultra HD Blu-ray reviews for you this afternoon and they’re both animated: Fox’s The Peanuts Movie and Warner’s The LEGO Movie. Neither is native 4K but the High Dynamic Range really makes a big difference on them – especially on The LEGO Movie – so they’re both worth checking out if you’ve joined the early adopter ranks on this format. I’m going to try to look at a couple Sony titles on the format tomorrow, so do check back. [Read on here…]

In announcement news today, Sony has set The Brothers Grimsby for release on Blu-ray and DVD on 6/21, and digital HD on 5/24. Extras on the Blu-ray version will include 2 featurettes (The Making of The Brothers Grimsby and The Elephant in the Room), Line-O-Rama: Hilarious Outtakes, a blooper reel, and a batch of deleted and extended scenes.

Sony has also set Risen for release Blu-ray, DVD, and 4K Ultra HD formats on 5/24, with a digital HD release expected on 5/10. Extras will include audio commentary by the filmmakers, 4 featurettes (The Battle of the Zealots Deconstructed, The Mystery of The Resurrection: Making Risen, A.D. Jerusalem, and Script to Screen), plus deleted scenes. Note that the Ultra HD version will include Dolby Atmos audio.

Meanwhile, Warner Bros. Home Entertainment has set the event series 11.22.63 for Blu-ray, DVD, and digital HD release on 8/9. Based on the novel by Stephen King, all 8 episodes of the series will be included (SRP is $39.99 and $29.99 each, for Blu-ray and DVD respectively). The only bonus feature is the When the Future Fights Back featurette (with King, J.J. Abrams, Bridget Carpenter, and star James Franco).

Scream Factory has set Chiller’s Slasher: Season One for Blu-ray and DVD release on 7/12.

Lionsgate has set Precious Cargo for Blu-ray, DVD, and digital HD release on 6/28. The film stars Mark-Paul Gosselaar, Bruce Willis, and Claire Forlani. The also have The Adderall Diaries coming on all three formats on 7/5.

Film Chest Media Group is releasing the 1989 underground horror film Vampires on DVD only on 5/10.

A number of readers have asked about the Blu-ray release status of FUNimation’s forthcoming Speed Racer/Mach GoGoGo, which was revealed late last year. We’ve made a few inquiries and have learned that it’s likely to arrive on disc late this year or early next, as part of the classic anime series’ 50th anniversary in 2017 (it first appeared on television in both Japan and the States in 1967).

In other news today, our friends at Home Media Magazine have announced the winners of their Home Media Awards, for which I was honored to serve as an industry judge once again this year. HBO’s Game of Thrones: The Complete Fourth Season and Warner’s Mad Max: Fury Road dominated this year, but click here to read the complete list of winners.

And finally, we’d like to take a moment to acknowledge the passing of Prince last week. Obviously, his Purple Rain film and soundtrack made a tremendous impact on pop culture. Frankly, if you lived in the upper Midwest in the 1980s (as did I) his music was a huge part of the soundscape of your high school and college years. My wife grew up in Minneapolis/St. Paul so she felt this loss keenly. While working at a department store, she sold a set of dinnerware to his estate, and even bumped into him at the airport once and got his autograph. Prince was also a surprisingly down to earth guy for someone who seemed so unique. He was a regular at all kinds of Minnesota sporting events. The day before he died, Chanhassen residents actually saw him out riding his bicycle around his Paisley Park estate. More importantly, he was just a tremendously talented musician and an extraordinary Rock/Funk & R&B guitar virtuoso. So we’ll leave you with this today – video of Prince performing during a Rock and Roll Hall of Fame performance in 2004 honoring George Harrison. Prince comes in at about the 3:20 mark, tears it up for the rest of the song, then casually tosses his guitar up in the air like it ain’t nothing, and strolls off stage. DAMN. The ray of light in all this is that there are reportedly hundreds or even thousands of unreleased recordings “The Artist” made and stored in his Vault that could one day be released. Regardless, without doubt, Prince will be sorely missed.

Today on The Bits – The Great Escape, Cry Macho, and Pirates of the Caribbean: Curse of the Black Pearl in #4K #UltraHD, plus reviews, new #Bluray announcements and more thedigitalbits.com/columns/my-two…