Our own Tim Salmons has just posted another new Pick-Ups/Dailies Blu-ray review, this time featuring a look at Arrow Video’s Microwave Massacre: Special Edition. Do check it out.

Also, the good Russell Hammond has posted the weekly update of the Release Dates & Artwork section, featuring all the latest Blu-ray, DVD, and 4K Ultra HD cover artwork and street dates. Remember, anytime you order literally anything from Amazon after clicking through one of our links, you’re helping to support The Bits and we really do appreciate it.  [Read on here…]

Now then, you may have wondered why there was no update here at The Bits yesterday. It’s because I was invited by our friends at TheOneRing.net to appear on their TORnTuesdays live webcast about all things Lord of the Rings and The Hobbit. That required a drive up to Meltdown Comics in Hollywood, there to be joined by my old friend Michael Pellerin, who (as you probably know) is the producer who created all of the great bonus content for The Appendices on the LOTR and Hobbit DVDs and Blu-rays. Naturally, the subject of our discussion was LOTR and Hobbit on Blu-ray, the new (crazy expensive) Middle-Earth UCE set and what Michael and Peter Jackson really want to do for a truly ultimate and worthy collection of all these films on Blu-ray. I pushed Michael to talk about their plans and he reveals much that you Rings fans won’t want to miss. If that wasn’t interesting enough, we’re even joined about halfway through the 2.5 hour discussion by Hobbit cast member William Kircher, who played the dwarf Bifur in the trilogy. We really had a great time, so thanks to Cliff and Justin for inviting us to join them. I’ll post the webcast here (below) when it’s available on YouTube. Meanwhile, I’ll post the Facebook video link for you all to watch on The Bits Facebook page (here) if you’re interested.

All right, let’s talk Star Trek Beyond. I’ve now gotten pretty reliable information via retail sources that Paramount’s Star Trek: Beyond (BD, BD3D, DVD & 4K), as well as a Star Trek Trilogy Blu-ray Collection (including 2009, Into Darkness, and Beyond) are going to street on 9/20. This hasn’t been officially announced by the studio yet, but we expect the press release any time now. Those same sources are still telling us to expect Paramount and CBS to release Star Trek: The Animated Series as a stand-alone Blu-ray release on 11/15. So make tentative plans accordingly.

[Editor’s Note: Amazon was briefly telling its pre-order customers to expect this title on 9/20, and – as of the original writing of this column – Best Buy was also listing the title as streeting on 9/20 (see link). Other retail sources had privately given us this date as well. However, one Paramount rep has now said 9/20 is not the final street date. We expect the official announcement soon, perhaps on 9/8 which is the 50th Anniversary of Star Trek. Stay tuned.]

Meanwhile, Sony Pictures Home Entertainment has just officially set Paul Feig’s Ghostbusters for release on Blu-ray Combo and 4K Ultra HD/Blu-ray 3D Combo on 10/11, with a Digital HD release due on 9/27. Each set will include film in both the theatrical edition and an Extended Edition with 15 minutes of additional footage not seen in theaters. Extras on the Blu-rays will include filmmaker audio commentary, 2 gag reels, 4 deleted scenes, 11 alternate scenes, 6 joke reels, 5 featurettes (Chris Hemsworth is ’Kevin’, The Ghosts of Ghostbusters, Meet the Team, Visual Effects: 30 Years Later, and Slime Time), and a photo gallery.

Speaking of Sony, the company has just announced that it’s working with Intel to bring 4K movies to PC computers in the 1st quarter of 2017. Access to Sony Pictures’ Ultra 4K streaming service will be available on PCs with 7th generation Intel Core processors next year, as the hardware arrives in stores. From the press release: “Coinciding with the expanded availability of the service, ULTRA will add new features like 48 hour rentals and free 10 minute previews, allowing customers to experience a sample of any film on the service in full 4k resolution before buying. ULTRA initially launched in early 2016 on Sony 4K Televisions. Films available on the service for purchase, rental, and streaming on ULTRA include new releases as well as a library of classic films. New releases are priced at $29.99 to own in 4K with HDR, and will be $7.99 for 48 hour rental. Library titles are priced at $25.99 to own.” So there you go.

Also, 20th Century Fox Home Entertainment has just officially set Ice Age: Collision Course for release on Blu-ray, DVD, and 4K Ultra HD formats on 10/11. Extras include a gallery and 6 featurettes (Scrat: Spaced Out Mini-Movie, Ice Age: The Story So Far, Scratasia: Scrat’s Solo Adventures, Mysteries of the Scratazons, Star Signs of the Animal Kingdom, The Science of It All: deGrasse Tyson deBunks, and Figaro Sing-along).

Here’s a look at the cover artwork for some of the titles mentioned above, with Amazon.com pre-order links if they’re available... 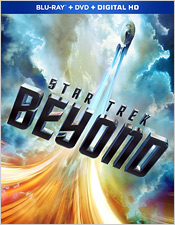