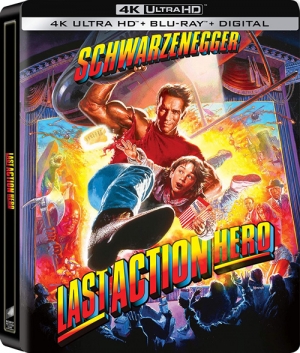 All right, we have one last news post for you guys today to close out the week and it’s a good one...

Extras on the disc will include an all-new audio commentary with McTiernan, deleted and alternate scenes—as well as an alternate ending—all presented in 4K with HDR10, AC/DC’s Big Gun music video, the original behind-the-scenes featurette, and the theatrical trailer. The Steelbook packaging also includes a Blu-ray copy and a Digital code.

You can see the cover artwork above left and also below, and you can pre-order the title now on Amazon as well (by clicking on the cover art below)... [Read on here...]

All right, sorry for the lack of an update yesterday. We’re dealing with a plumbing leak here at the house so real life occasionally finds a way to intrude on regular work. Nothing major though and well on the way to being repaired. Just an inconvenience.

We have some announcement news today and a bit of industry news as well.

First up, Universal Pictures Home Entertainment has made Paul Greengrass’ News of the World official for Blu-ray, DVD, and 4K Ultra HD release on 3/23, with the Digital release expected on 3/4. Looks like the 4K disc will include HDR10 high dynamic range and Dolby Atmos audio. Extras on will include deleted scenes, feature commentary with Greengrass, and 4 featurettes (Partners: Tom Hanks & Helena Zengel, Western Action, Paul Greengrass Makes News of the World, and The Kiowa). You can see the cover artwork at left and also below.

Meanwhile, Screen Media has set Skyfire for Blu-ray and DVD release on 4/6.

We’ve got several interesting things to report today here at The Bits, but first some more new disc reviews...

As promised, I posted my review of Hayao Miyazaki’s Lupin the Third: The Castle of Cagliostro on 4K Ultra HD from Discotek on Friday night.

Tim has also posted his thoughts on Sam Peckinpah’s Bring Me the Head of Alfredo Garcia (1974), Rudy De Luca’s Transylvania 6-5000 (1985), and Rene Cardona Jr’s Tintorera (1977) all on Blu-ray from Kino Lorber Studio Classics (and, in the last case, with Scorpion Releasing).

And Dennis has checked in with his comments on Sidney J. Furie’s Lady Sings the Blues (1972) on Blu-ray from Kino Lorber Studio Classics as well. [Read on here...]

More Blu-ray and 4K release news & updates, a word of caution about these Aliens 4K rumors, and RIP Fry’s Electronics

All right, we’ve got a bit of ground to cover today, so let’s get right into it...

Zack Snyder’s newly-remastered Batman v Superman: Dawn of Justice is now available for pre-order on Amazon.com in 4K. Street date is 3/23 and the SRP is just $19.99. You can see that here. The cover art is a little wonky though, and the listing says the title is coming from Warner Archive rather than Warner Bros. Home Entertainment. This being an actual MOD title would be a little odd, and we think a first for 4K.

Complicating matters here is the fact that almost everyone from the Warner Archive has recently been pink-slipped by AT&T and Warner Media. So we’ll have to see what happens when the studio makes their official announcement one way or another. In the meantime, you can see the new art and pre-order the title below.

It’s worth noting that the title is not currently listed on WB Shop, nor has Warner Archive mentioned it in their social media. Warner Archive has however announced their March slate, which so far includes Damn Yankees (1958), Driving Miss Daisy (1989), What’s Up, Doc? (1972), The Great Caruso (1951), Isle of the Dead (1945), and Crossfire (1948) on Blu-ray, Wonder Woman 1984 on Blu-ray/Blu-ray 3D, and Animal Kingdom: The Complete Fourth Season on DVD. Stay tuned for more on this. [Read on here...] 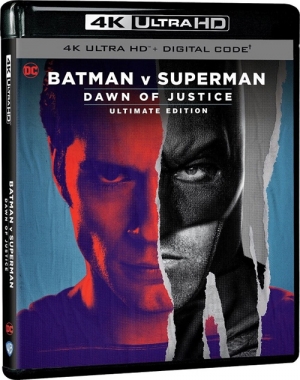 All right, we have a few things to report today...

But first, we’ve been working this week to balance the amount of advertising that appears when you read our various columns and reviews here at The Bits. We’ve removed the ad unit that went across the top of the site, and we’ve adjusted the left and right side advertising so that it doesn’t appear on small screen sizes. This should make it all less obtrusive. As I’ve said recently, we’re trying to find the right balance that allows us to keep the site going without becoming annoying, so hopefully we’re getting close. Advertising is a necessary evil, so to speak, especially given what’s been happening over the last year during the global pandemic.

As if to illustrate this urgency, we’re very sorry to have to report today that Cinefex, the great film and TV visual effects magazine, has just revealed that their latest issue (#172) will be their last due to the economic toll of the pandemic. [Read on here...] 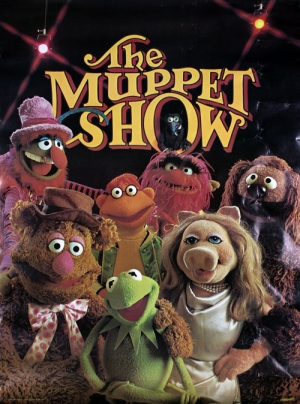 We’ve got a few interesting things to tell you about today here at The Bits...

First though, an update: We’re continuing to work on more Blu-ray and 4K reviews here. But poor Tim, our reviews editor, has been out of commission these last few days—he lives down in Texas in ground zero of all the not having power, water, or heat due to this big winter freeze. The good news is, he’s back online today, a few burst water pipes worse for wear. So he’ll be checking in again with reviews and on social media over the next few days.

Meanwhile, we have some release news to report this afternoon, beginning with this: Shout! Factory is releasing Ping Zhang’s animated feature film The Legend of Hei on Blu-ray and DVD on 5/11. A Digital release is expected on 4/20.

Corinth Films is releasing Little England on DVD and Digital on 3/16.

Capelight Films will release Fukushima 50 on Digital and VOD on 3/5. [Read on here...]

Today on The Bits – @MichaelCoate and @ScottMendelson celebrate SHREK on its 20th anniversary in History Legacy & Showmanship! thedigitalbits.com/columns/histor…