Silence of the Lambs, The (Criterion Blu-ray Review) 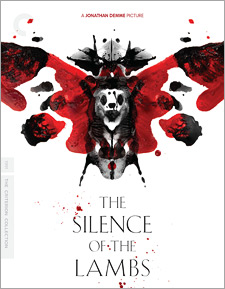 Few things can be said about The Silence of the Lambs that haven’t already been expressed ad infinitum. It’s everything that all of the critical praise laid upon it says it is, perhaps even more. A tight and engaging thriller bordering on the verge of horror, its amazing performances make it one of the finest films of its kind. While it’s often overshadowed by the impact that it had on popular culture for many years after, it’s easy to overlook the quality of the film itself.

Revisiting The Silence of the Lambs, which is a frequent occurrence for me, there are often small details of its design and execution that come to the forefront. Overlooked items of interest in the background of a scene, whether it be a performance or an object, help to renew the film’s shelf-life and further cement its authenticity. It’s also amazing that a movie about a serial killer, who slays and skins his female victims, is also a feministic war cry, reinforced at every possible opportunity by both Jodie Foster’s performance and Jonathan Demme’s design.

As the film progresses, this theme slowly builds as Clarice Starling begins to take control of her world and conquer the monsters within it. She becomes an equal to the these events, making her both a survivor and a hero in a typically male-driven profession. Her relationship with Anthony Hopkins’ Hannibal Lecter is also one of cinema’s great dances between two characters. Lecter is obviously the intellectual superior but, despite needling Starling, he respects her. Starling, conversely, is both driven and curious, making Lecter somewhat alluring to her, whether she’ll admit it out loud or not.

On the less academic side of things, The Silence of the Lambs is simply an intriguing tale, well-shot by Tak Fujimoto and thoroughly-well directed by the late, great Jonathan Demme. The performances are memorable and effective across the board. Hopkins and Foster were the obvious standouts early on and continue to be lauded, but the supporting players also offer strong backing for their stars, including Ted Levine and Scott Glenn, amongst many others. The film also lacks any strong negative criticism, other than the controversial accusations made towards it at the time of its initial release. That aside, The Silence of the Lambs leaves no wiggle room for complaints as a piece of entertainment and continues to be a potent film almost 27 years later.

The Silence of the Lambs entered the Criterion Collection in the late 1990s on both Laserdisc and DVD, but both have been out of print for quite some time and it’s great to finally see the film make a triumphant return to their catalogue. This new Blu-ray release features a new 4K digital restoration of the film from the original 35mm camera negative, which was supervised and approved by director of photography Tak Fujimoto. Any issues that one might have had with the film’s previous Blu-ray releases can finally be put to bed. This is a luscious transfer that bests any previous home video incarnation. The Silence of the Lambs has never looked this natural or film-like, ever. As many times as I’ve seen the film, there were even details in the frame that I’ve never noticed before, including the tears streaming down Clarice’s face after her first visit with Lecter, or even stray hairs on her cheek during close-ups. Grain is superbly-well rendered and resolved with enormous levels of fine detail in all respects. The dungeon-like walls of the Baltimore State Hospital for the Criminally Insane are now soaking in detail, and Clarice’s descent into Buffalo Bill’s underground lair is appropriately darkened with shadow detail leaping out of every pore. The color palette, which leans more toward a green spectrum, is beautiful, as are skin tones which are much cooler than previously seen. Black levels are thick while contrast and brightness is virtually perfect. An extremely stable presentation, there are also no signs of DNR passes or edge enhancement, nor is there any obvious leftover damage as its practically spotless.

Just as impressive is the film’s main soundtrack, which is an English 2.0 DTS-HD track with optional subtitles in English SDH, as well as an alternate 5.1 DTS-HD presentation. Both tracks exhibit the film’s magnificent sound design well. One of the reasons why the film is so effective is its sound, which has been fully preserved here. As more of a purest, I found myself enveloped fully with the original stereo track. On both tracks, dialogue is crystal clear and Howard Shore’s beautiful and haunting score comes roaring to life. Separation is perfect with no moments of distortion, hiss, crackle, or drop-outs, while sound effects are amply supported. LFE isn’t entirely frequent, but it does pop up occasionally, while ambient activity, particularly during the interviews with Lecter, is outstanding. Whether your preference is to view the film with the 2.0 or 5.1 track makes no difference as both tracks are quite impressive and represent the film capably.

The supplemental materials for this release feature mostly carried-over material from the film’s previous home video releases. On Disc One, which contains the film itself, there’s the original Criterion audio commentary from 1994 featuring director Jonathan Demme, actors Jodie Foster and Anthony Hopkins, screenwriter Ted Tally, and former FBI agent John Douglas. Also included are 38 minutes’ worth of deleted and extended scenes, a brief gag reel, and Anthony Hopkins’ answering machine message, all of which comes from various sources. Most of it is connective tissue and extensions of scenes that are already present, although there are few genuine deleted bits. All of this material is the most comprehensive set of deleted footage from the film on any release. In addition, there’s a new interview about the film’s cultural significance with critic Maitland McDonagh, as well as the film’s the original theatrical trailer, presented in HD.

The bulk of the extra material can be found on Disc Two, which includes Laurent Bouzereau’s excellent 3-part interview featurette from 2005 with Jonathan Demme and Jodie Foster (The Beginning, Making The Silence of the Lambs, and Breaking the Silence); the Inside the Labyrinth: Making of The Silence of the Lambs 2001 documentary; the 2002 episode of Bravo’s Page to Screen TV program featuring host Peter Gallagher; the Scoring “The Silence” featurette from 2004 featuring composer Howard Shore; the Understanding the Madness featurette from 2008 featuring interviews with retired FBI agents Richard L. Ault, Jr., Roger L. Depue, James R. Fitzgerald, Robert R. Hazelwood, R. Stephen Mardigian, and Michael R. Napier; the film’s original 1991 behind-the-scenes featurette; four minutes’ worth of animated storyboards; a 58-page insert booklet featuring a new introduction to the film by Jodie Foster, the essay “A Hero of Our Time” by critic Amy Taubin, “Meeting Hannibal Lecter”, two pieces from 2000 and 2013 by author Thomas Harris on the origins of the character, “Identity Check”, a 1991 interview originally from “Film Comment” with Jonathan Demme by Gavin Smith, and restoration details.

Unfortunately, not all of the extras from previous releases have been included. Missing from MGM’s and Fox’s various DVD and Blu-ray releases are the Breaking the Silence picture-in-picture video commentary (which used footage from the Jodie Foster/Jonathan Demme interviews), the film’s teaser trailer, 11 TV spots, 8 photo galleries, and for one release, a set of Hannibal Lecter recipe card inserts. Also missing from the previous Criterion Laserdisc and DVD releases are a set of production photos, a film-to-storyboard comparison, 7 separate storyboard sequences, and the text-based “FBI Crime Classification Manual” and “Voices of Death” quotes from real-life serial killers. Space constraints likely kept much of this material from being included, but if that was the case, I would have gladly ponied up for a 3-disc set to include all of it, plus some more retrospective material. That said, what we do get is a fantastic set of bonus materials, especially the audio commentary which has been out of circulation for decades.

The film’s impact on popular culture (as well as its various sequels, prequels, and TV series adaptation) made it a slight afterthought for a brief period of time. It’s more acknowledged now as a classic than it was, for a while at least, and is endlessly rewatchable. Criterion’s treatment of it is magnificent. I wish more of the film’s previous extras could have been included to make a more complete package, but no one can argue with the quality of the A/V presentation on this release. It’s that good. If you’ve been on the fence about double-dipping (or even triple-dipping) for this title, trust me. It’s a must-own. Very highly recommended.

Heads-up: Our friends at @mvdentgroup are having a Flash #sale, up to 60% off SRP on Cleopatra Entertainment #Bluray and #DVD titles, starting now and running through Friday, October 1st. Stock up while you can! mvdshop.com/collections/cl…