February means Valentine’s Day is almost upon us, which means romance is in the air. This week’s releases are strong with love force – from the supernatural to the cliché.

Get yourselves ready to curl up with a good flick under a warm blanket with the one you love. [Read on here…]

And be sure to love us with clickthrus – all your purchases at Amazon help support the work we do. Love us with money, we will love you back.

New Releases (Across the Board):

About Time – From the writer/director of Love Actually comes this quirky rom-com sorta sci-fi (but not really) story about a boy who can travel through time and how this skill can fix all of life’s little problems, but it can also cause a few bigger ones as well.

Baggage Claim – From playwright David E. Talbert and starring a cast of some of the most beautiful African-American actors ever assembled for one film comes one woman’s mission to participate in every single romance movie cliché and STILL find love. Stars Paula Patton, Djimon Hounsou, Taye Diggs, Christina Milian, Derek Luke and Boris Kodjoe.

A Case of You – Look - it’s Justin Long again. See what I was saying a few weeks back – Hollywood is gonna try and try and try with this guy.

Cutie and the Boxer – This one has been on Netflix for a while,  and if you haven’t seen this Academy Aware nom’ed film, you’re missing out. Ushio Shinohara and his wife Noriko are adorable and so full of life.

Dallas Buyers Club – Matthew McConaughey, Jared Leto and Jennifer Garner star in this true story focused on Ron Woodroof, who in 1985 contracted HIV and fought the system hard enough that they made a movie about him – a major movie with six Oscar noms (Best Picture, Best McConaughey, Best Leto, Best Original Screenplay, Best Make-Up and Hair and Best Film Editing).

Escape Plan – Nothing says love like a prison film, am I right? Stallone stars as a super genius architect who builds unescapable prisons who gets himself locked in his most inescapable one yet. It’s there that his eyes meet Arnold Schwarzenegger’s and fireworks man... fireworks.

Free Birds – Kevin Smith’s best buddy Scott Mosier co-wrote and produced this CG animated epic about time travelling turkeys who are trying to stop Thanksgiving from ever happening. Shrug. Stars the voice talent of everyone ever.

Justice League: War – JL: War is the first animated adaptation of a “New 52 storyline,” this one being Geoff Johns and Jim Lee’s Justice League storyline Origin that ran 2011-2012, where the big bad is Darkseid and his plans to terraforming and invade Earth. Features Batman, Superman, Green Lantern, Cyborg, Shazam!, Wonder Woman and Flash as the heroes.

Mother of George – The Walking Dead’s Danai “Michonne” Gurira and acclaimed French/African actor Issach De Bankole star as a Nigeria newlywed couple in Brooklyn trying to conceive a child and dealing with the cultural complications their inability to do so bring about.

Romeo & Juliet – There are some great choices here… and some really bad ones… that end up hurting this adaptation of Shakespeare’s most well-known play. Setting the film in Verona during the Renaissance and casting Hailee Steinfeld as Juliet – pluses. Kicking the dialogue to the curb – big ol’ minus.  But our friend Leon Vitali is in it, so – hey, check it out as a rental.

Death Wish: Anniversary Edition – Paramount re-releases this classic to Blu without any bells and whistles, sadly.

Jules and Jim (Criterion) – The François Truffaut masterpiece is rereleased to combo Blu/DVD from a new 2K master.

Million Dollar Baby: 10th Anniversary Edition – One of Eastwood’s better films gets a facelift with new video and lossless sound.  Also look for all the original extras from the DVD joined by commentary by producer Albert Ruddy and a featurette Million Dollar Baby: On the Ropes.

Family Matters: The Complete Fourth Season – This DVD only release showcases the 1992-1993 season of the widely loved series.

The Vampire Diaries: The Complete Fourth Season – Everyone loves super sexy vampires, right? Sure you do. 2012-2013’s fourth season hits Blu-ray this week.

The White Queen – The British/STARZ TV series adaptation of Philippa Gregory’s historical novel series The Cousins’ War is released on Blu-ray. Not quite Game of Thrones, but it’s really not a fair comparison. Then again, I’m sure someone on the business side was hoping to lure you in with that.

That ends this week’s releases of note. Come back next week for Ridley Scott’s newest, Redford on his own, Ender playing with himself and Rob Lowe playing Kennedy. Until then…

Tweet
Published in Gripe Soda
Tagged under
back to top

Todd Doogan has written about film, Blu-ray and DVD for The Digital Bits since coming aboard in 1998 and now serves as a Senior Editor. His regular column is Gripe Soda and he's the curator of The Criterion Spines Project. Doogan is also the co-author… 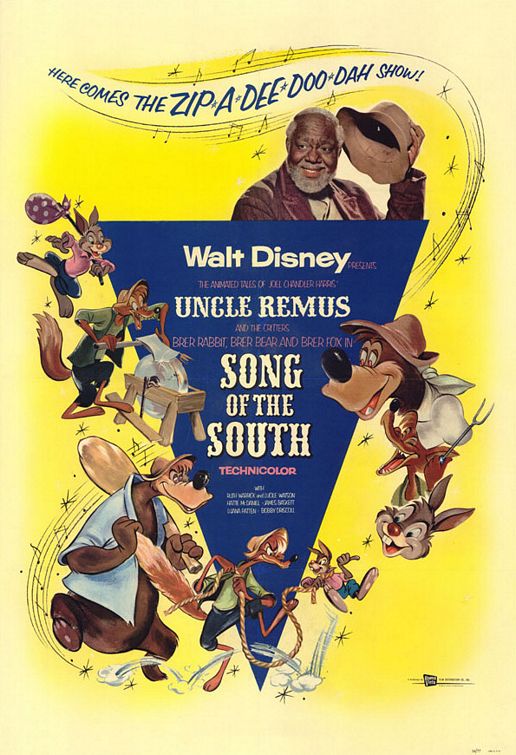 Here's some Saturday reading for you: Jahnke's Electric Theatre is back with Disney-Plus-Or-Minus, featuring a look at the controversial #Disney film Song of the South. jahnkeselectrictheatre.com/disney-plus-or…

Heads-Up: @ArrowFilmsVideo's upcoming August slate includes #4K #UltraHD and #Bluray releases of Flash Gordon and Pitch Black! The former is a US/Canada exclusive, while the latter is being released in the US, UK, and Canada. Adjust your plans accordingly! #UHD #BD @BillHuntBits