First up here at the site today, Doogan Queue is now online covering this week’s new Blu-ray and DVD releases. The good Dr. Jahnke has also turned in his latest Burnt Offerings covering all of the great MOD DVD and small batch Blu-ray titles over the last few weeks from Warner Archive and the 20th Century Fox Cinema Archives. Don’t miss ‘em!

Scream Factory has set The Vincent Price Collection II for Blu-ray release on 10/21 (SRP $79.97), including House on Haunted Hill, The Return of the Fly, The Comedy of Terrors, The Raven, The Last Man on Earth, Tomb of Ligeia, and Dr. Phibes Rises Again. You’ll find cover artwork below.

Meanwhile, Universal has announced Jon Favreau’s Chef for Blu-ray and DVD release on 9/30 (SRP $34.98 and $29.98). This is a really great film – one of the best I’ve seen in a long time. I highly recommend it when you get the chance to see it.

Speaking of Warner, the studio has just announced an Interview with the Vampire: 20th Anniversary Edition Blu-ray for release on 9/30 (SRP $19.98).

By the way, we’ve got a quick update on FilmRise’s DVD release of Years of Living Dangerously on 9/7. We’ve learned that a Blu-ray release is, in fact, also in the works (street date TBA), so we’ll update you when we have further details.

We’ll leave you with a look at the Blu-ray Disc cover artwork for Fox’s Fargo: Season One, Scream’s The Vincent Price Collection II, Universal’s Chef (temp art), Warner’s Interview with the Vampire: 20th Anniversary Edition and The Great Race, and finally Adult Swim’s Rick & Morty: The Complete First Season (click on the cover images to support The Bits by pre-ordering these titles on Amazon.com)... 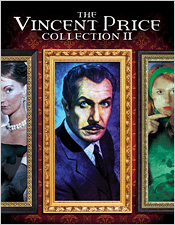 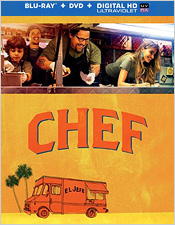 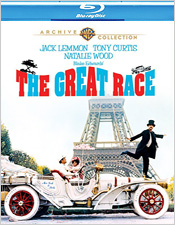 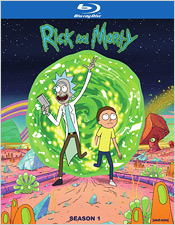 Today on The Bits – @Criterion reveals its April slate, plus @IndicatorSeries comes to the US, and LOTS more new 2022 catalog #4K #UltraHD titles! thedigitalbits.com/columns/my-two…