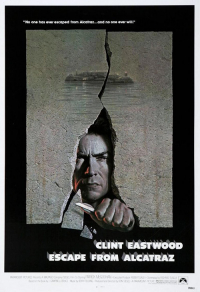 Morning, folks! We’re checking in early here at The Bits today with some new disc reviews.

Over the weekend, I managed to turn out reviews of three new 4K Ultra HD Steelbook releases, including Steven Spielberg’s Raiders of the Lost Ark (1981) from Paramount, and David Lean’s Bridge on the River Kwai (1957) and Lawrence of Arabia (1962) from Sony Pictures Home Entertainment.

It should be noted that the 4K Steelbook edition of Bridge on the River Kwai now includes Dolby Vision HDR and the original theatrical mono mix, both of which were missing from the 2017 4K release.

And this marks the first time Lawrence of Arabia has been available in 4K outside of Sony’s expensive (and long out-of-print) Columbia Classics 4K Ultra HD Collection: Volume 1 box set from 2020, so this will likely be the first time many of you get to experience the film in 4K UHD at home (and let me tell you, that experience is terrific). [Read on here...]

The new Steelbook release includes the exact same four discs as the 2020 box, including the film in 4K split over 2 discs, a movie Blu-ray, and the corrected Blu-ray of special features. So it’s well worth a look if you don’t already own the box set.

Tim also posted his thoughts on Ferdinando Baldi’s Treasure of the Four Crowns (1983) in Blu-ray 3D from Kino Lorber Studio Classics (with an assist from the excellent 3-D Film Archive) here at the site on Friday.

Stephen has a look at Barry Shear’s Across 110th Street (1972) for you as well, a new region-free Blu-ray import title from Imprint Films.

And in a bit of release news, our friends over at Kino Lorber Studio Classics revealed this weekend that they’re working on a new 4K Ultra HD edition of Don Siegel’s Escape from Alcatraz (1979), featuring a Dolby Vision HDR color grade. That’s listed as coming soon, so watch for additional details in the weeks ahead.

That’s all for the moment. As always, stay tuned...!

RT @BillHuntBits: Now available for pre-order on Amazon: THE PRINCE OF EGYPT (1998) on #4K #UltraHD from DreamWorks and Universal. Street d…