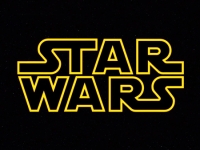 All right, first things first today… we have a new Blu-ray review for you. Our own Tim Salmons has turned in a look at Brad Anderson’s Stonehearst Asylum, recently released by Millennium Entertainment. The film features Jim Sturgess, Kate Beckinsale, Ben Kingsley, Michael Caine, David Thewlis, and Brendan Gleeson. Do check it out.  [Read on here…]

Don’t forget, the first full trailer for Star Wars: Episode VII – The Force Awakens will be unveiled today between 10-11 AM Pacific time at Star Wars Celebration, and you can watch the official webcast here on Star Wars.com.

Also, at some point today, the first teaser trailer for Zack Snyder’s Batman vs. Superman: Dawn of Justice drops online as well (probably here at the official site). Warner’s apparently trying to steal a little of the Star Wars thunder.

In other news, Acorn Media has set Harry for Blu-ray and DVD release on 8/25, starring Oscar Knightley and Sam Neill.

Amazon.com is now taking pre-orders on the TBA Blu-ray and DVD release of Sony’s House of Cards: Season Three.

And Discotek Media has announced that they’re releasing Dororo: The Complete TV Series (with pilot) on DVD in Japanese with English subtitles – street date TBA. They’re also working on Samurai Pizza Cats: The Complete Collection on Blu-ray but in standard definition – street date also TBA. Meanwhile, they have a re-issue of Makoto Shinkai’s 5 Centimeters Per Second coming on DVD on 6/2.

That’s all for now! Be sure to check out those trailers and we’ll see you back here tomorrow.

BREAKING on The Bits – We’ve got #4K #UltraHD cover art for the #StarTrek TNG films, plus Warner’s Maltese Falcon, Cool Hand Luke & Rebel Without a Cause (also, Howard Hawks’ Rio Bravo is confirmed for #UHD this year) & more! thedigitalbits.com/columns/my-two…

RT @BillHuntBits: There are #4K #Steelbook versions coming too...

RT @BillHuntBits: While we’re at it, here’s the #4K #UltraHD cover art for @WBHomeEnt’s forthcoming REBEL WITHOUT A CAUSE (1955), THE MALTE…