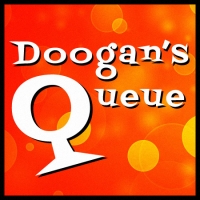 Lots of good fun stuff coming out this week to Blu-ray.

And you know what – tell those digital-only snobs to shove it and go and buy some solid in-hand Blu-rays this week. It doesn’t have to be one of these below, but damnit, there’s nothing like having your own disc media in your hot, sweaty hands. [Read on here…]

And remember, you can order any of these titles from Amazon.com by clicking on either the title name or the cover artwork. You do this and you help support all of our work at The Bits.

New Releases (across the board): 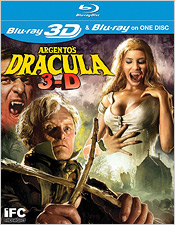 1 – Narrated by Michael Fassbender, the documentary 1 tells the exciting story of the golden age of Formula One Grand Prix racing. A nice, well-timed, companion piece to this week release of Rush (see below).

Cloudy with a Chance of Meatballs 2 – Flint and Sam are back! This time instead of a food storm, they deal with an island of sentient food animals. Fun AND delicious for the whole family. Bill Hader, Anna Faris, James Caan, Andy Samberg, Neil Patrick Harris, Will Forte (in a different role), and Benjamin Bratt reprised their roles from the first film, joined by Terry Crews replacing Mr. T and Bob Burgers’ Kristen Schaal.

Argento’s Dracula – Coming to a 3D Blu-ray player near you, Dario Argento gives us his vision on the classic tale. People I actually respect say it’s not a terrible film, so I’ll be blindly picking this up – Amazon has it for 17 bucks which includes the standard and 3D version on one disc.

The Fifth Estate – An all-star cast (including Benedict Cumberbatch as Assange) brings Bill Condon’s film version of Inside WikiLeaks: My Time with Julian Assange and the World’s Most Dangerous Website by Daniel Domscheit-Berg (played here by Rush’s Daniel Brühl) to life. The real Assange dismissed the film as propaganda, and the whole thing smacks of “too soon” but I respect Condon as a filmmaker and he’s a helluva nice guy, so... rent it at least.

Jackass Presents: Bad Grandpa – Taking a somewhat different approach to the Jackass series, Bad Grandpa has a story structure and follows the misadventures of recently widowed 80-something Irving Zisman (Johnny Knoxville) who has his grandson under his care and seeks to get child support from the kid’s wayward father as well as give his wife a proper burial. That and all the trademark Jackass stunts and pranks combine with some hilarious results; fans of the series will not be disappointed.

Last Vegas – Four old friends get together in Vegas for one last hurrah and find time changes everything. Stars Michael Douglas, Kevin Kline, Robert DeNiro and Morgan Freeman. How’s that for a blurb? Can you tell I haven’t seen it?

Metallica: Through the Never – Not much of a splash was made over this, but I love concert films, and I’m a big fan of Metallica. If you want the native 3D version however, it’s a Best Buy exclusive.

Rush – Sooooo many films titled Rush. THIS one is about the 1976 Formula One season rivalry between drivers James Hunt and Niki Lauda (played by Chris Hemsworth and Daniel Brühl respectively) and Bill’s seen it and loves it. There may even be a review of the Blu coming soon. 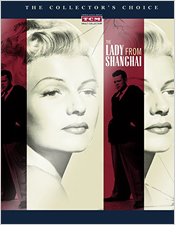 Downton Abbey: Season 4 – The Crawley gangstas are back, yo! Kickin’ it up in Yorkshire with their helpers and servants. This is the season where things got real for Edith, Lady Mary started over and the Dowager Countess took even less guff. Damn, son! Are you watching this? If not, pick this set up! Features original UK cuts of the 8 episodes on three discs with bonus material.

Treme: The Complete Fourth Season & Treme: The Complete Series – I have to admit, I never watched this HBO series, but for fans: the final season hits Blu and DVD. A collected edition box with this and the first three seasons along with a stand-alone exclusive disc of musical performances streets as well.

See, I told you. So many things to pick up and watch. If you’re looking for more: demons and witches, Arnie and Sly and Jules and Jim are coming next week. Until then…

Tweet
Published in Gripe Soda
Tagged under
back to top 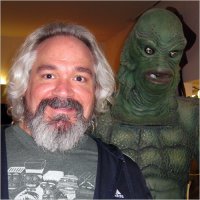 Todd Doogan has written about film, Blu-ray and DVD for The Digital Bits since coming aboard in 1998 and now serves as a Senior Editor. His regular column is Gripe Soda and he's the curator of The Criterion Spines Project. Doogan is also the co-author…

RT @BillHuntBits: Calling all @thedigitalbits readers in the Netherlands: Are you able to see the website now? If not, do you get an error…

RT @BillHuntBits: Heads-up @thedigitalbits readers: This is the email reply you receive when you apply for @WBHomeEnt's THE FLINTSTONES Blu…