This Just In: AACS 2.0 May Not Have Been Cracked After All 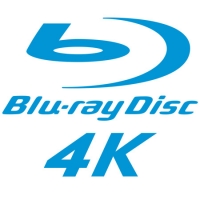 We’ve got an interesting update this afternoon on our story from Monday about Sony’s The Smurfs 2 4K UHD disc being ripped and appearing on torrent sites online.

First though, we’ve just updated the Release Dates & Artwork section with all the latest Blu-ray, DD, and 4K Ultra HD cover artwork and Amazon.com pre-order links. As always, anytime you order literally anything from Amazon after clicking through to them from one of our links, you’re helping to support our work here at The Bits and we really appreciate it. [Read on here…]

Now then, as we reported earlier this week, hackers had appeared to have cracked the AACS 2.0 encryption that protects Hollywood’s new 4K Ultra HD Blu-ray format. Specifically, Sony’s The Smurf 2 appeared for download on torrent sites last week in a 4K video file of over 50GB, which suggested a 1:1 rip from the actual 4K release.

We’ve been looking into this over the past several days. What we’ve heard through various sources is that it now appears that AACS 2.0 has not, in fact, been cracked. Rather, it’s looking like the encryption keys protecting that specific title were somehow compromised or faulty. So that disc was indeed ripped successfully, but the vulnerability lies with that title alone, and not other UHD releases or the AACS 2.0 system itself.

This information is unofficial, and has come to us from off the record sources, so we caution you to take it with a grain of salt. But it would seem to be corroborated by the fact that no other ripped UHD titles have appeared online since The Smurfs 2.

We’re continuing to look into this, of course, but we thought this much was worth sharing today.

CYBER MONDAY DEAL on Amazon: The STAR TREK: THE ORIGINAL 4-MOVIE COLLECTION from @ParamountMovies for just SRP $49.99 (45% off)! The deal ends in 9 hours, so order here if you’re interested... amazon.com/exec/obidos/AS…