I don’t remember the first time I saw Rock ‘n’ Roll High School.  This is unusual in and of itself, since I generally have a very good memory for the time, place and format of the first time I saw most movies.  In this case, my inability to remember poses a chicken-or-the-egg-type quandary.  Did I watch Rock ‘n’ Roll High School because I liked the Ramones or did the movie turn me into a Ramones fan?  The world may never know.

The movie’s plot is pretty rudimentary but functional.  The great Mary Woronov stars as Miss Togar, the dictatorial new principal of Vince Lombardi High.  Her mission is to tighten discipline at the out-of-control school.

Her rabble-rousing nemesis is Riff Randell (the adorable P.J. Soles), the Ramones’ number one fan.  Riff convinces the rest of the school to fight for their right to party, enlisting the help of sympathetic music teacher Mr. McGree (Paul Bartel) and the Ramones themselves.

I find it inconceivable that anyone could watch R&RHS and not come away a fan of the Ramones.  It’s so good-natured and energetic that it sweeps you up before you even realize it.  Perhaps surprisingly, the PG-rated movie is also fairly wholesome.  There’s no nudity, no real violence, and I don’t believe even a single profanity is uttered.  It’s like Grease with better music.

Much of the movie’s success is attributable to P.J. Soles, who livened up everything she appeared in, from Halloween to Stripes, back in the late 70s and early 80s.  Soles absolutely lights up the screen.  Her love for the Ramones is infectious, spreading through the cast and into the audience.  She’s given terrific support by Dey Young as Riff’s bookish best friend, Vince Van Patten as a smitten but socially inept jock, and Clint Howard, giving one of his quintessential performances as high school entrepreneur Eaglebauer.  Mary Woronov and Paul Bartel are both terrific, which should come as no surprise.  The Ramones themselves are stiff and awkward whenever they’re required to do something other than perform.  The members of KISS gave more natural performances in KISS Meets the Phantom of the Park.  Wisely, director Allan Arkush doesn’t need them to do more than simply be themselves.  The band is such a natural fit for the movie that it feels like it was tailor-made as a vehicle for the Ramones, although that’s not actually the case.

When Shout! Factory announced their new Roger Corman’s Cult Classics line, I figured they’d do a pretty good job with the titles.  I didn’t expect they’d be this good, though.  Does Rock ‘n’ Roll High School really need to be on Blu-ray?  Nah, not really but it’s pretty cool that it is.  The 1080p image and mono soundtrack present the movie exactly the way it’s meant to be experienced.  It’s imperfect with some very minor flaws here and there but it looks like you’re watching a film, not some overly-processed digital image.

It’s the extras on this set that will really blow you away, gathering up everything from every release dating back to its original appearance on laserdisc.  You get not one, not two, but four audio commentaries, two of them brand new.  There’s the original commentary by Arkush, producer Mike Finnell and co-writer Richard Whitley, a new one with Arkush joined by P.J. Soles and Clint Howard, one with Roger Corman and Dey Young and finally, a new commentary from screenwriters Whitley and Russ Dvonch.  All of them are worth a listen, though probably not one after another since some stories unavoidably get told more than once.

More interested in interviews and featurettes than commentaries?  The disc has you covered with the 24-minute Back to School: A Retrospective, a new reunion interview with P.J. Soles, Dey Young and Vincent Van Patten called Staying After Class, a new interview with Allan Arkush and a brief late 90s chat with Roger Corman and Leonard Maltin.  You also get about 15 minutes of audio outtakes of the Ramones performing live at the Roxy (including Blitzkrieg Bop, I Wanna Be Sedated and many more), two original radio ads, the TV spot, extensive photo galleries, a booklet featuring essays and interviews with Mary Woronov, Paul Bartel, Johnny Ramone and others, and trailers.  My only quibble?  The packaging advertises the Trailers from Hell version of the trailer with commentary by Eli Roth but if it’s on here, I couldn’t find it.  But since you can easily track it down online if you really want to hear Eli’s thoughts on the trailer, I won’t complain too much.

For my money, Rock ‘n’ Roll High School remains one of the best rock movies of all time.  It’s got a goofy, absurd sense of humor, rebellious teen spirit, fantastic music, show-stopping performances and Dick Miller... what’s not to love?  Shout! Factory has done a magnificent job presenting this movie on Blu-ray and I can’t wait to see more entries in the Roger Corman’s Cult Classics line.  Bring on Battle Beyond the Stars and Galaxy of Terror!

Today on The Bits – The Universal Classics Monsters: Icons of Horror Collection hits #4K on 10/5, plus A Clockwork Orange on #UltraHD & The Sheik on #Bluray thedigitalbits.com/columns/my-two… 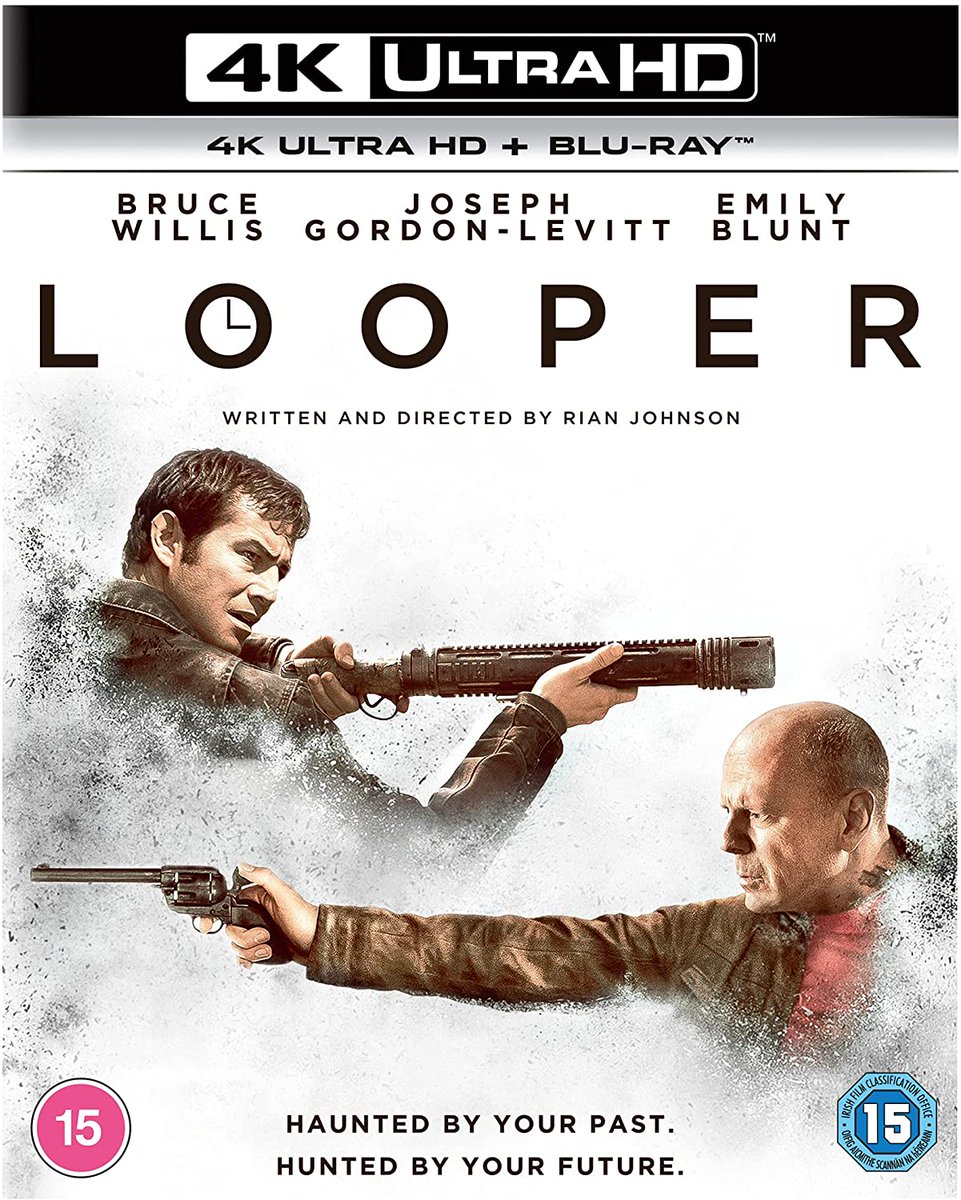