The big release news today is that Sony Picture Home Entertainment has just set Peter H. Hunt’s classic musical 1776 for release on Blu-ray on 6/2. The film will be the 166-minute Directors’ Cut, recently restored in 4K by Grover Crisp and his team at Sony Pictures Colorworks from the original camera negative and with Hunt’s guidance. According to Hunt: “I’m ecstatic. 1776 is back to where it should be. The work done by Grover and his team is miraculous. It looks better than when it premiered. It’s gorgeous!” In addition to the film, you’ll get all-new audio commentary with Hunt, William Daniels and Ken Howard, a second commentary with Hunt and Peter Stone, deleted and alternate scenes with commentary, 4 never-before-seen screen tests, archival screen tests, and the film’s original teaser and theatrical trailers.  [Read on here…]

Speaking of Sony, Neill Blomkamp’s Chappie is now available for Blu-ray and DVD pre-order on Amazon.com, with the street date TBA.

So too is the Wachowskis’ Jupiter Ascending on Blu-ray 3D and DVD from Warner Home Video (street date also TBA). Click on the links to pre-order.

And Paramount’s Selma is now due on 5/5. You can see the final cover artwork below.

Here’s something interesting: Fox appears to have licensed out Kathryn Bigelow’s Strange Days: 20th Anniversary Edition to Koch Media GmbH for Blu-ray release in Germany on 4/23. The 2-disc set is likely to be Region B coded, but will apparently include 4 featurettes, deleted scenes, the Selling Jesus music video and the film’s trailer. It remains to be seen if Fox will release the title here in the States themselves, license it out to a third party to do so, or just sit on it. Anyway, here’s what the German version looks like (with Amazon link - but remember that it’s Region B and the SD extras are likely in PAL format)... 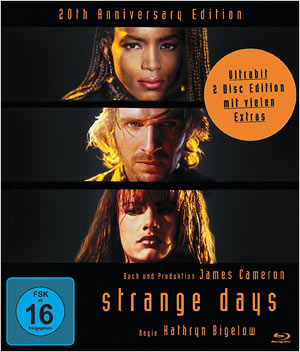 On that note, lot of you have asked what’s going on with the Blu-ray release of Cameron’s The Abyss and True Lies, and the Cameron-produced Strange Days, here in the States. The answer seems to be that it’s complicated. There appears to be a dispute or pissing match of some kind going on between Cameron and 20th Century Fox Home Entertainment. Cameron points the finger squarely at TCFHE, and for their part TCFHE says nothing. But our information would suggest that there are larger issues at play here than just these titles. All of which is terribly frustrating for fans who know that work has been done on these discs and who are eagerly awaiting them, but there it is.

Meanwhile, related to Fox, MGM has just set a new double feature Blu-ray of Poltergeist II and III for release on 5/19. Each will be released separately that day as well.

In other news today, Magnolia has set The Wrecking Crew for Blu-ray and DVD release on 6/16.

Mill Creek Entertainment is releasing All the King’s Men (2006) and Old Gringo on 5/5.

And Alchemy has set Accidental Love for DVD and Blu-ray release on 4/28.

Also today, here’s something awesome: Icarus Films is about to release Belinda Sallin’s Dark Star: H. R. Giger’s World documentary into theaters in New York and L.A. (starting on 5/15). But the better news is that the film will be released on DVD on 9/1, and digitally on 8/18. You can view the trailer for the film here on Vimeo and learn more on the Icarus website here.

Finally, here’s something even more awesome: You may recall that a new restoration of Stanley Kubrick’s Spartacus was due to be screened at the TCM Classic Film Festival in Hollywood this weekend (see our original post on this here at The Bits from 2/11), but was then pulled with this note on the festival’s website: “Due to unforeseen circumstances we regret this film will not be presented as previously announced.” While it’s true that the screening has been cancelled, we’ve confirmed through our industry sources that a new restoration of Spartacus has been completed and that Universal Studios Home Entertainment is planning to release it on Blu-ray later in 2015. More information will follow in the weeks and months ahead as the studio firms up the details and makes an official announcement. But we thought you Kubrick fans would appreciate the early heads-up.

We’ll leave you today with a look at more new Blu-ray cover artwork. Click on the covers to pre-order these title on Amazon, if available… 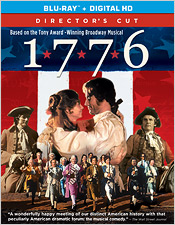 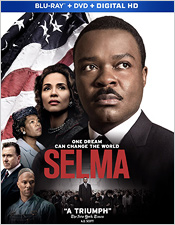 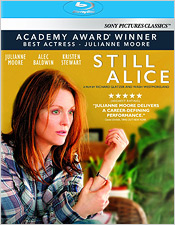 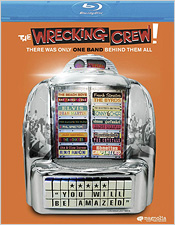 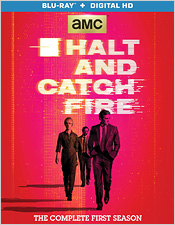 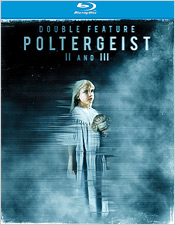