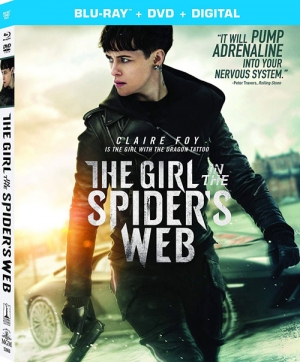 We’ve got just a quick update for you today, but we’ve got a bit of release news and some new reviews too.

First up those reviews... Tim has checked out National Lampoon’s Class Reunion on Blu-ray from Kino Lorber Studio Classics, and David has posted his thoughts on Black Widow (1954) from Twilight and The [Rec] Collection from Scream Factory.

Now then, we’ve confirmed with Sony that there are currently no plans to release The Girl in the Spider’s Web on physical 4K Ultra HD in the States. This could change if the title performs unexpectedly well on Blu-ray, but the film’s failure at the box office seems to have put the kabosh on the studio’s initial release plans. It may also have cramped plans to release David Fincher’s The Girl with the Dragon Tattoo on 4K and Panic Room on Blu-ray/4K. But we’ll have to wait and see. [Read on here...]