Howdy-do and welcome to the first Burnt Offerings column for the month o’ June. There are some good titles coming down the track this month, so let’s take a look at the latest from Warner Archive, Sony and anybody else who decides to play along. As usual, don’t be afraid of the four little rectangles below this paragraph. Clicking on them takes you to such magical destinations as the Warner Archive Shop and the Amazon Shop, where you can…you know, shop. Not to mention that doing so helps support The Bits and we thank you profusely for doing so. [Read on here...]

NEW FROM THE WARNER ARCHIVE COLLECTION

Desire Me (1947) – Greer Garson mistakenly believes her husband (Robert Mitchum) was killed in the war and falls in love with his army buddy (Richard Hart). Here’s an interesting bit of trivia: this movie has no credited director. George Cukor was fired in the middle of production and was replaced by several others, including Mervyn LeRoy, none of whom wanted their names on the end product.

The Law And The Lady (1951) – The third film version of The Last Of Mrs. Cheyney (Warner Archive released the two earlier versions from 1929 and 1937 earlier this year). Greer Garson steps into the role of the jewel thief previously portrayed by Norma Shearer and Joan Crawford.

Scandal At Scourie (1953) – Garson reteams with her frequent costar Walter Pidgeon for the last time in this not-too scandalous family drama. Garson and Pidgeon are a Protestant couple who shock their small Canadian town when they adopt a little Catholic girl.

Dr. Kildare: The Complete Third Season (1963-64) – Richard Chamberlain and Raymond Massey return to the venerable medical series along with such A-list guest stars as Lauren Bacall, Charles Bronson, Gena Rowlands and many more. The 9-disc collection includes all 34 episodes.

It Started In Naples (1960) – Gable goes to Italy and discovers that his late brother has left behind a young son who is being raised by the one-and-only Sophia Loren. Lucky kid.

The Walls Came Tumbling Down (1946) – This sounds like a fun little B-picture. Reporter Lee Bowman turns detective when his old priest is murdered by thieves looking for a rare painting.

The Wreck Of The Hesperus (1948) – Willard Parker goes into the salvage business after losing the captaincy of his own ship, then begins to suspect that the wrecks he’s going after aren’t as accidental as they seem. “Based” on the poem by Henry Wadsworth Longfellow. Sure.

Just You And Me, Kid (1979) – George Burns and Brooke Shields, together at last! George plays an ex-vaudeville star who takes in teen runaway Brooke, on the run from some nasty drug dealers.

The Cisco Kid (1931) – Warner Baxter returns as the legendary Cisco Kid in this sequel to 1928’s In Old Arizona.

Crack-Up (1936) – Peter Lorre stars as the awesomely named Colonel Gimpy, a spy after the plans to a new experimental aircraft.

Hold That Co-Ed (1938) – John Barrymore has one of his best roles as Governor Gabby Harrigan in this slight but entertaining comedy.

Blood And Steel (1959) – A B-movie programmer with American and Japanese soldiers duking it out over a small island in WW2.

Tweet
Published in Burnt Offerings: MOD DVD
Tagged under
back to top 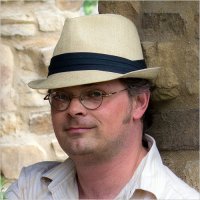 RT @BillHuntBits: Heads-up: For those of you who have waiting to see that new(ish) documentary on the making of MAD MAX: FURY ROAD, @WBHome…